We investigate and refine statistical methods for risk prediction and evidence synthesis. 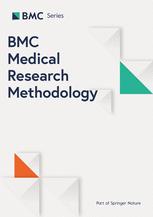 BACKGROUND: Diagnostic and prognostic literature is overwhelmed with studies reporting univariable predictor-outcome associations. Currently, methods to incorporate such information in the construction of a prediction model are underdeveloped and unfamiliar to many researchers.

METHODS: This article aims to improve upon an adaptation method originally proposed by Greenland (1987) and Steyerberg (2000) to incorporate previously published univariable associations in the construction of a novel prediction model. The proposed method improves upon the variance estimation component by reconfiguring the adaptation process in established theory and making it more robust. Different variants of the proposed method were tested in a simulation study, where performance was measured by comparing estimated associations with their predefined values according to the Mean Squared Error and coverage of the 90% confidence intervals.

RESULTS: Results demonstrate that performance of estimated multivariable associations considerably improves for small datasets where external evidence is included. Although the error of estimated associations decreases with increasing amount of individual participant data, it does not disappear completely, even in very large datasets.